Professor Francisco Gabriel Acién came to the field of microalgae from the research performed since 1988 by Professor Emilio Molina, directing his doctoral thesis from 1993 to 1996. Since then, his main research line deals with the development of microalgae-based processes for CO2abatement and wastewater treatment, and to produce agricultural products, animal feeds, and human food. He is also interested in the valorization of greenhouse co-products and wastes. The results of his research allowed to introduce over 200 contributions in national and international conferences and led to the publication of over 250 scientific publications and 20 book chapters.

The reliable proof of its importance in microalgal field, is his participation in 15 international and 35 national projects and contracts with companies, most of them as the principal investigator. In recent years, Prof. Gabriel Acién acted as coordinator of the H2020 SABANA project, focused on the sustainable production of biofertilisers and aquafeeds from waste using microalgae and is currently the Coordinator of the SABANA Demonstration Plant located in Almería. SABANA Demonstration Plant is a pilot scale plant for microalgal production situated between the University of Almería, the IFAPA Centre and CIESOL Centre, in which more than 10 research projects (funded by regional, national and international programmes) on microalgal biotechnology are currently underway by the group of Photosynthesis and Desalination of the University of Almería, directed by the full professor José María Fernández Sevilla, and supported by Prof. Francisco Gabriel Acién.

In this sense, Prof. Gabriel Acién is collaborating in the European project ALGAENAUTS (“Eco-friendly and sustainable new family of biopesticides based on microalgae via circular economy approach”, 101038250), which is developed between the large-scale microalgae production plant of Biorizon Biotech and pilot scale plant of the University of Almeria, and whose role is focused on enhancing and increasing the production of selected microalgae strains in a sustainable and eco-friendly basis to produce agricultural products.

Apart from the project ALGAENAUTS, Prof. Gabriel Acién and his team participated as a partner in other European project focus on developing new technologies and approaches that allow understanding of biological phenomena taking place in microalgae related processes, especially the contaminations or predators that appear in microalgal cultures, which strongly reduces the performance of these systems and modelling these microbial interactions as EU projects named PRODIGIO and DIGITALGAESATION. All these projects have revealed that large-scale microalgal production systems are influenced by multiple environmental and operational variables that determine the stability and success of the process, and being capable to maintain, optimize and automate biological processes based on microalgae will allow microalgal biotechnology plays a crucial role for the economic and sustainable development of today’s Europe. 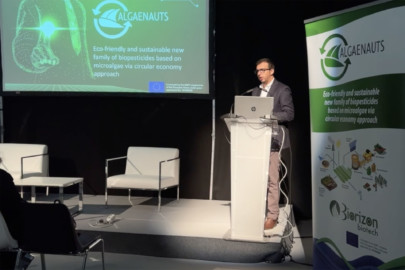 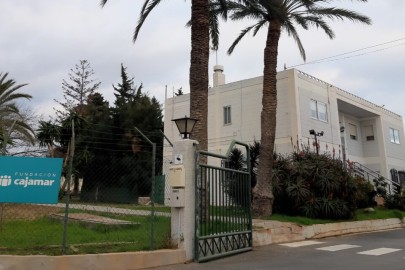 Get to know the Research Center of Cajamar: “Las Palmerillas” Cajamar Foundation