The ALGAENAUTS Workshop reveals the great potential of microalgae

After the workshop organised by Biorizon Biotech, in the framework of its European project ALGAENAUTS, on microalgae and their role in the blue economy, it was shown how they contribute to economic development and sustainability.

On 9 September, one of the most important international workshops on European projects based on the use of microalgae as a tool for the future in the blue economy took place in Almeria (Spain), highlighting their role in the future of agriculture and human and animal food.

The Workshop was opened by Mª del Mar Plaza Yélamos, Secretary General of the Department of Sustainability, Environment and Blue Economy of the Regional Government of Andalusia (Spain), Professor Dr. José Antonio Sánchez Pérez, Professor of the UAL and Director of the CIESOL Research Institute and Dr. Joaquín Pozo-Dengra, as part of the organising entity, Biorizon Biotech.

Solutions for high-value agriculture and aquaculture

Agriculture and aquaculture are the sectors where microalgae-based products that provide important benefits are starting to become available on the market.

Aimed at sustainable agriculture and a more balanced fish feed with high nutritional value, research in these two sectors is strongly supported at European level for the development of projects and for the implementation of the results in final products.

During Professor Gabriel Acien’s presentation, the results of the SABANA project were presented as a success story, as it has been the first major European project in which the economic and technological feasibility of large-scale cultivation of microalgae has been proven, through sustainable nutrient recovery processes, and the valorisation of this microalgal biomass through its processing into high-value products for aquaculture and agriculture, obtaining both biofertilisers and biopesticides.

The ALGAENAUTS process has been designed taking into account the paradigms of the circular economy and the environmental sustainability of the processes. The presentation showed different technologies that are allowing to obtain the selected microalgae of interest and their processing to biopesticides, as well as the different validation trials of these novel biocontrol products against different fungal and bacterial diseases of incidence in crops.

In this sense, the company Biorizon Biotech, through its R&D director Joaquín Pozo Dengra, presented the European project ALGAENAUTS, awarded to Biorizon Biotech by the European Commission last year as the sole beneficiary and with a budget of 1.4 million euros, whose objective is the implementation up to pre-commercial scale of a new line of biopesticide products from microalgae biomass, and the valorisation of the by-products by obtaining biostimulants. The ALGAENAUTS process has been designed taking into account the paradigms of the circular economy and the environmental sustainability of the processes. The presentation showed different technologies that are making it possible to obtain the selected microalgae of interest and their processing into biopesticides, as well as the different validation trials of these novel biocontrol products against different fungal and bacterial diseases of incidence in crops.

The Project Manager of the Portuguese company Necton, Mariana Carneiro, presented the European project “Horizon Europe – REALM”, recently launched and funded by Europe with a budget of 10.8 million euros, in which the Almeria-based company Biorizon Biotech also participates. REALM aims to demonstrate on a large scale the sustainable cultivation of microalgae through the recovery of nutrients, using drainage from hydroponic greenhouse crops. A project that connects microalgae biotechnology and intensive agriculture, with the aim of obtaining microalgal biomass that will be processed into feed for aquaculture and nutritional and biocontrol products for agriculture. A connection that will make it possible to increase the profitability and sustainability of the production process of fruit and vegetables in greenhouses and that of microalgae production.

Microalgae with multiple applications and a source of opportunities for Europe.

Not all microalgae strains have the same characteristics or the same potential. For this reason, there are companies such as Biorizon Biotech that every year make an important effort in R&D to identify strains around the world with applications in biostimulation and pest and disease control, for the development of products with applications in the new, modern and sustainable agriculture that the world demands.

In this regard, the European Algae Biomass Association (EABA), presented the main biotechnological applications currently available at the Workshop, highlighting the conditions that must be met for production processes to be sustainable, as well as the different European legislation applicable in the regulatory framework of the blue economy and the use of microalgae.

EABA, through its Director General, Vitor Verdelho, made a critical analysis of this European legislation on algae, pointing out the need to adapt the legislative framework to current needs.

The general public’s concern for healthy food, with high nutritional value and beneficial health characteristics, has led some companies to work on the great potential of microalgae and the development of microalgae-based foods.

Claudio Ledda, director of research and development at Livegreen, presented their commitment to obtaining high quality microalgae biomass in a sustainable way for the production of food products. Livegreen, located on the Italian island of Sardinia, produces around 10 t of Spirulina per year. It also presented the successful SPIRALG project which is able to demonstrate the efficient functioning of a complete value chain based on the production of microalgae for the agri-food sector.

The indispensable transfer of knowledge between institutions and industry.

Collaboration between institutions and companies to achieve greater synergies is essential to obtain better results in the R&D processes carried out.

For this reason, the collaborative platform GreenCoLab has been created to unite the transfer of knowledge between academic institutions and the algae industry, a resource with unlimited potential for sustainable biotechnology. This platform, presented by researcher Luisa Gouveia, has experts in the different fields of study of algae, developing innovative technologies for industrial application.

In short, a workshop that has brought to the forefront the importance of microalgae in both human and animal nutrition and their contribution to the future of a sustainable agriculture of the future. A broad vision that shows microalgae as microorganisms with a great potential to be discovered, due to the great variety of different strains existing in the ecosystem and their multiple benefits. 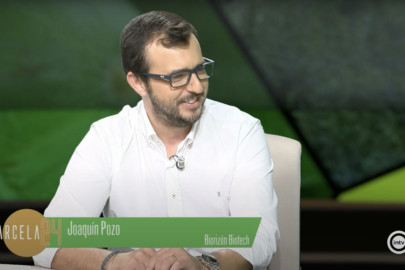 Interview with the ALGAENAUTS Project Coordinator

Interview with the ALGAENAUTS Project Coordinator We encourage you to listen the interview with...
learn more 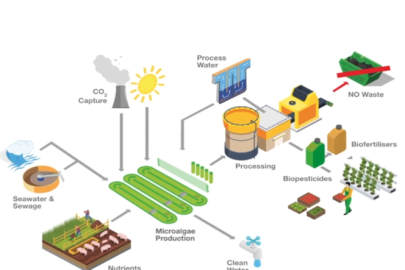